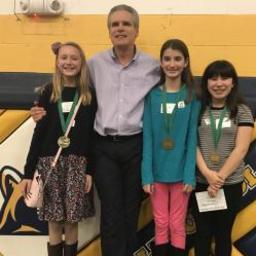 Finding our own Plantness Evergreen

On March 16th, 2019, three aspiring plant genetic scientists competed in the Long Valley Science Fair hosted by the Long Valley Junior Women’s Club. The LVSF is open to all all residents, grades 4-8 to enter projects that are judged by industry and scientific representatives. The projects are evaluated on the quality of the finished presentation, personal communication skills of the contestants and how rigorously they followed the scientific-method. The girls took first place in their age group! The team was all smiles from ear to ear as they stood with Mr Jeff Mohre, Superintendent of Schools, Washington Township.

Sophia Vikin, Abbey Riina, and Camryn Garlewicz became interested in genetics upon hearing and reading about the first babies born in China that had their genetics artificially manipulated. This led to discussions at home about the ethics of gene therapy and how genes can be modified. Thanks to that article on CNN, the girls wanted to learn more about genetics and gain some practical hand-on experience in what a geneticists does.

Sophia read about the work done at The Ohio State University plant research lab - Arabidopsis Biological Resource Center which gave her an idea for a project for the Long Valley Science Fair. After designing an experiment with her teammate Abbey Riina, they enlisted a third friend, Camryn, to perform an experiment on how which genetic mutation of the Arabidopsis seed stocks will survive best in a heavy metal environment. They planned to create a heavy metal water environment with Copper Sulfate as the Stress Water to treat a population of plant seeds. They measured the impact of heavy metal water contamination against a control group fed with only water.

The girls received support from Courtney Price, Education & Outreach Specialist and obtained 10 different genetic variations of the Arabidopsis plant. These 10 candidates will go into the test and their hypothesis is only 1 will come out as the survivor. A true test of Darwin’s principal survival of the fittest. Congratulations to Sophia, Abbey and Camryn for winning 1st place in the 2019 Science Fair. This award brings great credit upon themselves, Long Valley Middle School and the Arabidopsis Biological Resource Center from The Ohio State University.